Ndegwa ( wa / Mr. / son of Ng`ang`a), well known as BonnyBull inherited the English name Boniface from his grandfather who was baptized into the Anglican Church in Kenya (ACK). Boniface Ndegwa Senior, BonnyBull’s grandfather narrowly escaped being killed by the colonizers administration during the Kenya Land and Freedom Army Maumau emergency. Ndegwa is an award winning male global citizen with Kenyan roots known for vast collaboration in community development as well as his interest in achieving professional and personal growth through continuous learning. Born in 29th October 1992, Ndegwa hails from Murang’a County, Kenya: Ng’ang’a the father is from Ndutumi - Mugoiri ward while Wamaitha the mother hails from Kabwe – Township ward; both wards are in Kiharu Constituency, Murang’a, he is the big brother to Wamuhu Ng’ang’a. Ndegwa hit the Kenyan national headlines as an innovator born in Nyeri Town, offering Covid-19 solutions to his Rware residential community in Witemere, Majengo Slums, Nyeri County. Ndegwa’s First Lady and Concubine is Caroline Wambui Njoki, together they are blessed with two children; a bouncy son and a very beautiful daughter. Ms. Njoki well known as Kikki hails from Kagaa, Kinamba in Laikipia County, she is the Managing Director to the family business company and consortium entities. She has a bachelor’s of purchasing and supplies management and is further specializing in a master’s of science in supply chain management.

Ndegwa is a God-fearing Christian; he was born into an Anglican Church of Kenya (ACK) father and a Roman Catholic mother who both soon got baptized into the Seventh Day Adventist (SDA) Church after his birth. He has been on record saying he is not a member of any denomination but a faithful follower of the SDA Church. He describes himself as a Modern Traditional African Christian and as so did he marry.

Politically, Ndegwa a governance enthusiast is a parliamentary aspirant in Murang’a. Mr. Ng’ang’a’s incarnation into the elective public office space came through his mentor the third Deputy Governor of Nyeri County Dr. Caroline Wanjiru Karugu, PHD in 2019. Working as the private personal executive assistant to Dr. Karugu who serves nationally in various capacities such as Chair Deputy Governor’s Forum; Breast Cancer and Kenya’s Goodwill Ambassador for Palliative Care gave him firsthand experience, his phone contact airing on mainstream media on health related office issues, Kenyans from more than ten Mt. Kenya counties reached out and it’s from such engagements that people from the county formerly known as Fort Hall District mainly the youth and women asked him to come back home and be of service where it is needed the most. Ndegwa politically identifies himself as a devolution beneficiary, he says it’s for this reason that he accepted Murang’a constituents call by vying for Senate year 2022 and is determined to have other Kenyans capitalize on the profits that came with the Constitution of Kenya 2010, after bad leadership crashed the gains of a majority in three years of independence (1963 – 1966).

Ndegwa is an affordable and clean energy consultant, management professional, innovative entrepreneurial industrialist. Founder and leader: Turning Trash into Treasure Consortium a program that demonstrates End to End World Best Waste Management Practices. CEO: Good Guys Globe Society a civil society organization that Promotes Safe Environs. Director: Universal Revolution Empire Limited a private innovations company. His businesses which operate from Murang’a, Nyeri and Nairobi Metropolitan Counties have earned him international recognition as a key advocate of SDGs 7 on Affordable and Clean Energy; SGD 9 on Industry, Innovation and Infrastructure; SDG 11 on Sustainable Cities and Communities; SDG 13 on Climate Action and SDG 17 on Partnerships For The Goals. Mr Ng’ang’a was awarded as one of Young Changemakers in The Giving Economy Changemaker’s 2020 for the exemplary contribution impacting humanity and the life on this planet in alignment with the United Nation’s Sustainable Development Goals. Ndegwa was also the award winner of the Kenya’s National Innovation Award by the Red Cross Society in recognition of his exemplary service, continued support and contribution to the society’s work of alleviating human suffering, he has also received local and global recognition for empowering street families, destitute persons from the informal settlements and conservation program. Panelist United Nations General Assembly High Level Youth Summit and 1MillionStartups Global Conference 2020 among others. Ndegwa has years of leadership experience working with the youth as an entertainer, radio host presenter, leading petitions, mentorship / educational programs in universities and basic learning institutions.

Some of his works and Innovations in the links below: 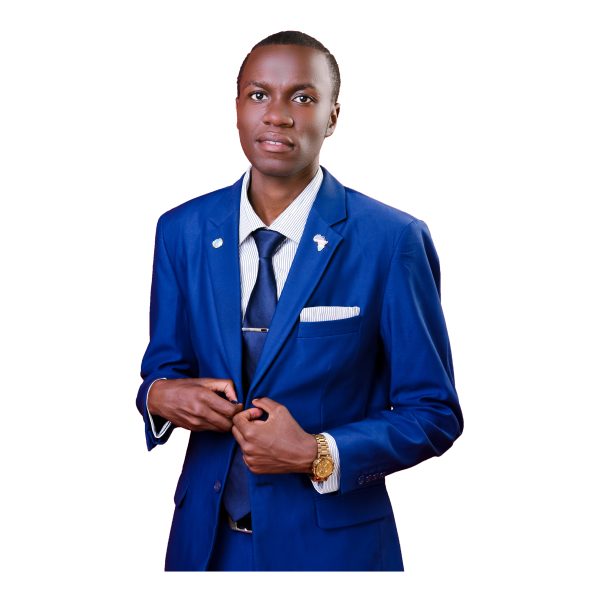